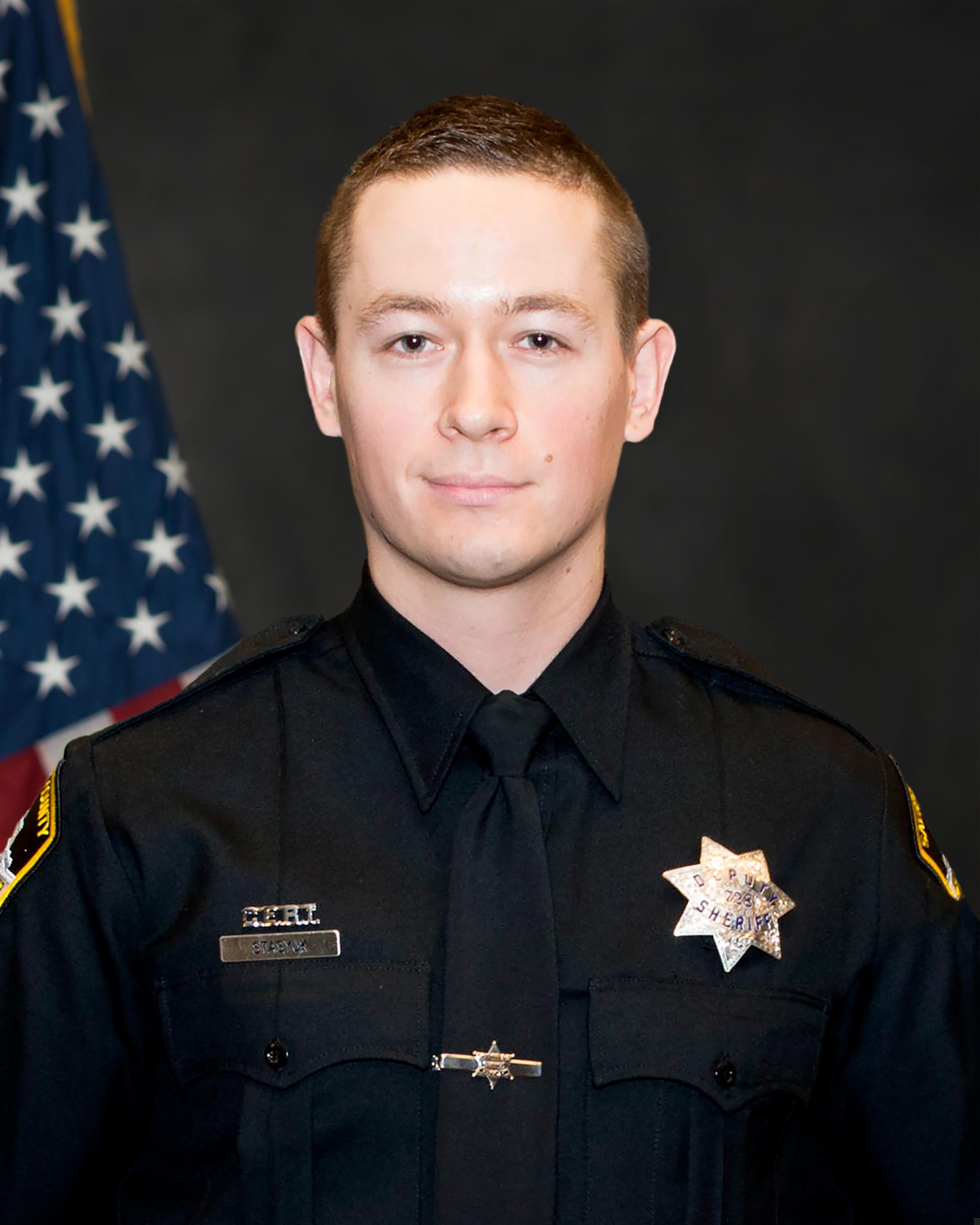 On September 17, 2018, Officer Mark Stasyuk and beat partner Officer Julie Robertson responded to a call regarding a verbal disturbance at a local auto parts store in the 10,000 block of Folsom Boulevard. A gun battle ensued and Officer Stasyuk was mortally wounded. Officer Stasyuk was transported to UC Davis Medical Center but, despite heroic measures, succumbed to his injuries.

Officer Stasyuk was a four-and-a-half year veteran of the Sacramento County Sheriff’s Office. His life-long aspirations were fulfilled as he served our community of Rancho Cordova as a patrol officer. He was a self-motivated, energetic officer who enjoyed meeting our City’s students and residents , and he was well-liked by all who met him. He embraced a partnership with his community and valued personal relationships with its residents. Officer Stasyuk demonstrated great potential for a distinguished career with the Sacramento County Sheriff’s Office.

Officer Stasyuk had many facets that made him the man he was. He was a source of great pride to the Russian community. Officer Stasyuk was a beloved son, brother and husband. He is survived by his wife, Amy, as well as his mother, father and younger sister. Officer Stasyuk had a great love of the outdoors, especially fishing and diving. He was a devout Christian and demonstrated his faith in his daily life. He was a friend to be counted on and exuded a positive attitude and infectious smile.

RCPD received an outpouring of support from our community in the wake of the death of Officer Stasyuk. In honor and remembrance of Officer Stasyuk, and to support our officers, residents, businesses, law enforcement agencies, and more tied blue ribbons around trees in their front yards or at their businesses.

The loss of Officer Mark Stasyuk will leave a lasting scar on his law enforcement family and our community. Officer Stasyuk’s sacrifice will remain an inspiration to all as we strive to live our lives and serve our community with the same vigor and commitment that he displayed every day. We will never forget. 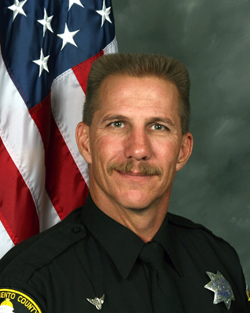 On November 12, 2008, the Communications Center received a 9-1-1 call from a resident stating that an accident had occurred in front of her residence and a Rancho Cordova motor unit had been involved. Witnesses stated Officer Lawrence W. Canfield had his lights and siren on and was attempting to overtake a speeding vehicle when another vehicle turned in front of him, causing severe injuries. Officer Canfield was transported to a local hospital, but despite heroic measures, succumbed to his injuries.

Among the many off-duty activities Officer Canfield enjoyed, camping and boating with his family was his favorite. In the spring and summer, he could be found on the baseball diamond, coaching his son’s baseball teams. He also enjoyed golfing with his friends and coworkers.

Officer Canfield was a dedicated father and husband. He is survived by his wife, Michelle, and two sons Tylor and Bryce. He is also survived by his father, retired Sacramento County Sheriff’s Sergeant Robert Canfield.

On August 31, 2011, the City of Rancho Cordova opened its new Rancho Cordova Police Station at 2897 Kilgore Road. An open house was held at the police station and included the dedication of the Larry Canfield Community Room, which pays tribute to Officer Canfield.

The loss of Officer Lawrence W. Canfield has left a lasting impression on his brothers and sisters in blue and our community. We will never forget.