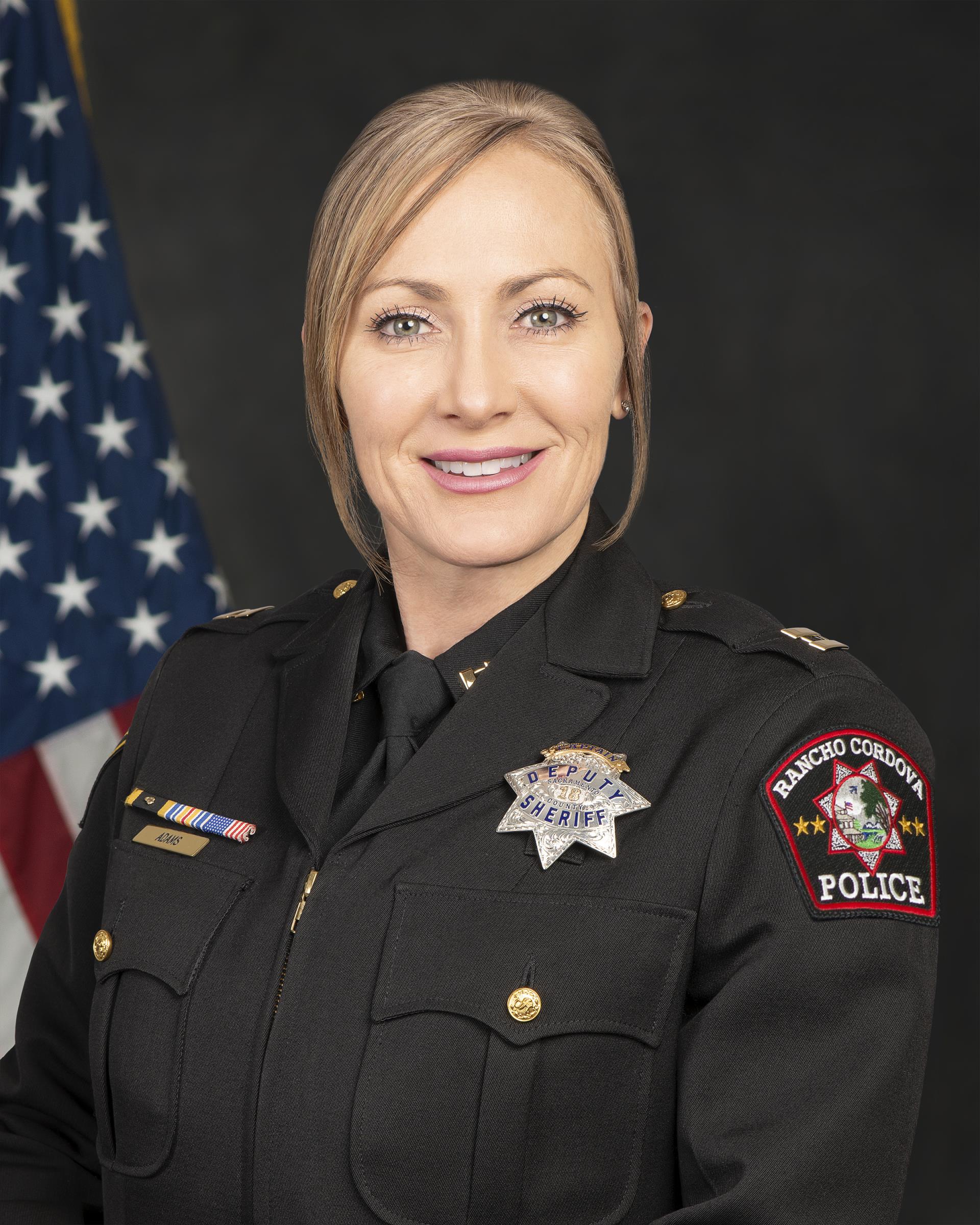 Chief of Police Kate Adams started her career with the Sacramento County Sheriff's Office in 1994 after graduating from Union Institute and University with a Bachelor’s Degree in Criminal Justice. She has served in a variety of roles, including Deputy Sheriff, Detective, Sergeant, Lieutenant and Captain. She has held a variety of leadership positions, including Commander of the Sheriff’s Impact Division, Hi-Tech Crimes Bureau Commander, and Rancho Cordova Assistant Chief of Police. In April 2020, Chief Adams returned to Rancho Cordova and was appointed as Rancho Cordova Chief of Police and Commander of the Sheriff’s Office East Division.

Chief Adams has 19 years of teaching experience through her roles as Lead Instructor for the Sacramento County Sheriff’s Academy, Board Member and Law Enforcement Liaison for the Coalition of Law Enforcement and Retail Crime, and Adjunct Professor at William Jessup University. Continuing education is a priority for Adams who holds a Master’s Degree in Organizational Leadership, and is a graduate of the Sherman Block Supervisory Leadership Institute and the Los Angeles Police Department Leadership Program (formerly West Point).

In addition, Adams has a passion for mentoring youth. During her time as Assistant Chief of Police, she often participated in school and youth events to build relationships with local children. She currently enjoys volunteering as a head coach for her youngest daughter’s softball team, and previously served as a Board Member for the Sacramento Chapter of Big Brothers Big Sisters to facilitate adding law enforcement mentors to its programs. 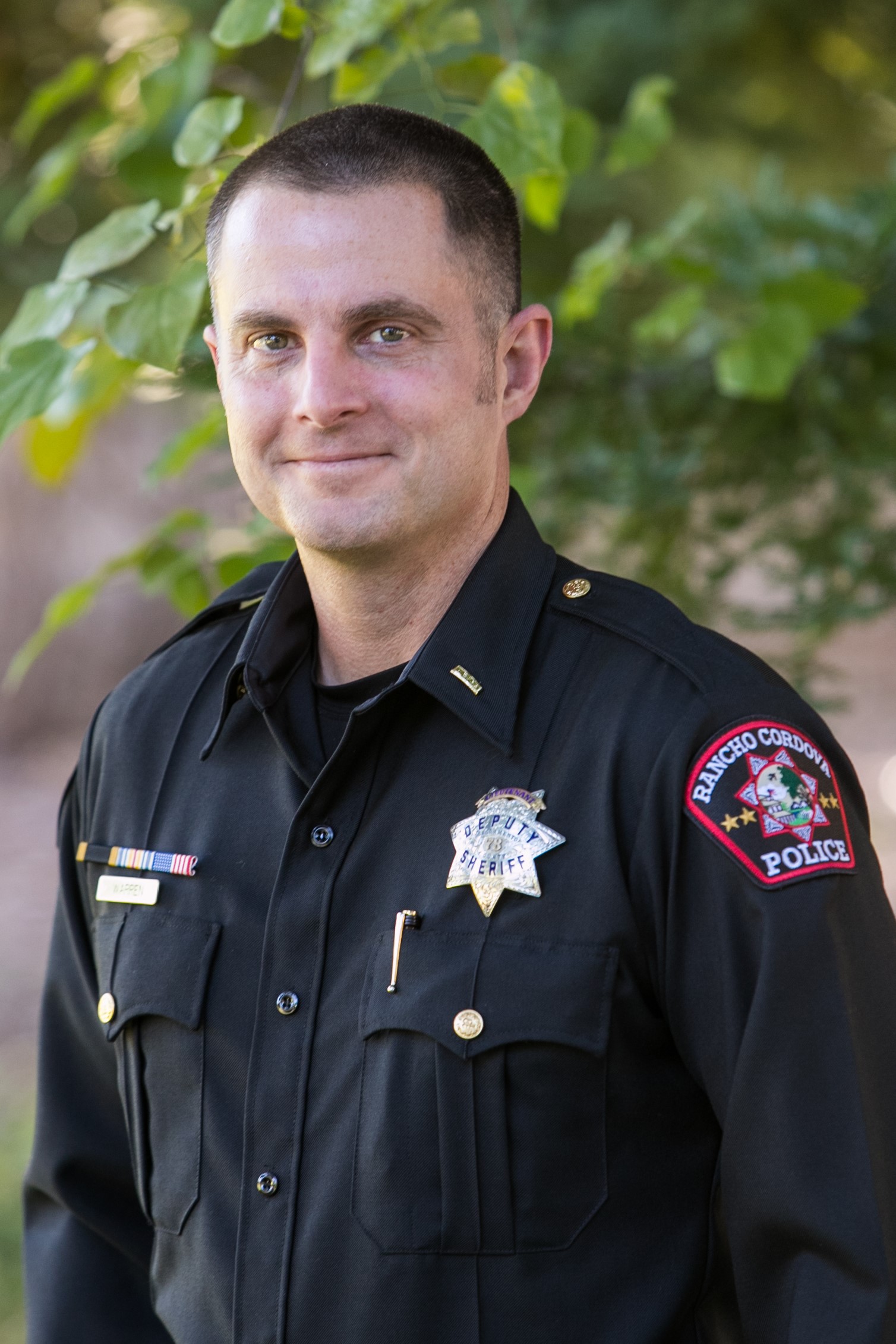 Assistant Chief of Police Matt Warren has 20 years of experience with the Sacramento County Sheriff’s Office. Assistant Chief Warren will oversee the Patrol Unit and Traffic Unit, as well as overarching responsibilities over all other areas.

Assistant Chief Warren began his career in law enforcement with the Sheriff’s Office in 2000 after graduating from Sacramento State University with a Bachelor’s Degree in Criminal Justice. As a Deputy, Sergeant and Lieutenant, he has experience working in many areas of the Sheriff’s Office, including Corrections, Patrol, Problem Oriented Policing, K9 Unit, and Internal Affairs. In addition, Assistant Chief Warren has his Master’s Degree in Organizational Leadership from National University.